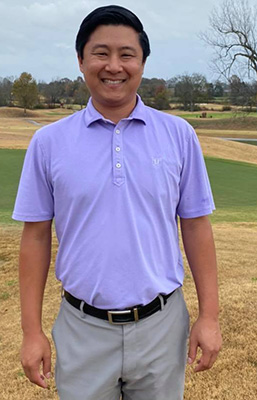 Brian received a Bachelor of Business Administration, Marketing, with a PGA Golf Management emphasis from Mississippi State University. While in school, he interned at several private clubs in Little Rock, AR and Memphis, TN. Brian began his career in the golf industry as the First Assistant at Old Natchez Country Club where he received his Class A PGA membership in the spring of 2010. In the spring of 2013, Brian went to work at Hillwood Country Club. He was promoted to First Assistant and then Head Golf Professional during his tenure at Hillwood. 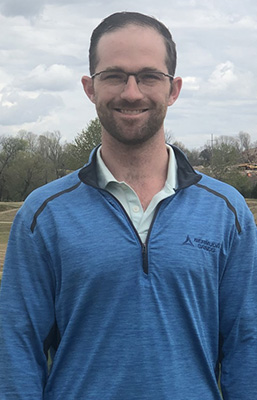 Chris earned a Bachelor of Science degree with a concentration in Business Management from Austin Peay State University. He earned several awards while playing on the golf team at Austin Peay: MVP Award, Scholar Athlete, All Conference Team, and All Newcomer Team Award. Following college, he played professional golf for three years before entering the business world. 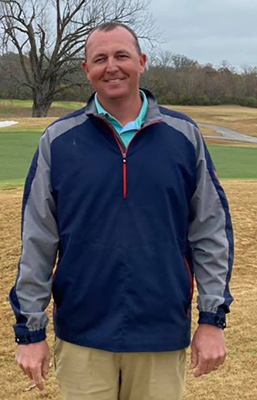 Patrick earned a Bachelor of Science degree in Plant Sciences with a concentration in turf management from The University of Tennessee in Knoxville. He previously worked at Richland Country Club in Nashville, Tennessee. He grew up in Columbia and now lives in Spring Hill with his wife Christy and two daughters. 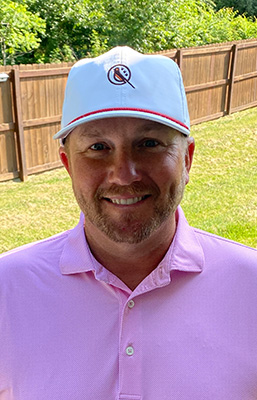 Golf instruction is not just a career for Matt Clinger, it is what brings him joy and makes him look forward to getting up each morning. Matt is passionate about teaching golfers of all ages and watching their progress from a front row seat. He loves the feeling of watching a student hit that first great shot, to see them get excited to try again and hearing the stories of when they shoot their best score ever.

Matt has been teaching golfers from ages 2 to 100 since 2008. He accepted his first full time Director of Instruction role at Eagle’s Landing Country Club in Stockbridge, GA in 2010. After studying and learning from Charlie King, a former Top 5 Golf Digest Instructor, Matt created the Eagle’s Landing Golf Academy and for his work with junior golfers, was given Honorable Mention for Top 50 US Kids Coach after only 6 months. Since then, Matt has opened and operatedfouracademies, coached a men’s&women’s college golf team,a high school girls’ team, and has worked with all levels of golfers, including 2 Symetra Tour players and one Canadian Tour Player. He prides himself in his ability to lower his players handicaps through the short game - what he believes is the key to becoming a great golfer.

His philosophy for teaching is that no player swings the same as the next golfer therefore each person needs to learn the skills of golf, not one golf swing. Those basic skills can help everyone lower their scores quicker with the right communication and methods.

In his first year in TN, Matt started the US Kids Academy at Harpeth Valley Golf Center and has built a program with over 100 students. He attributes this to simplified instruction and helping many of them regain or grow a love for the game of golf due to their ability to get better faster than ever before. Matt was named to the Top 50 US Kids Coach list in 2020 and is hopeful to be awarded to the Top 50 US Kids Masters Coach Award list in 2021 for his outstanding work with junior golf over this year.

Matt is also a Master Club Fitter. In the past 11 years, he has become a Certified Master Fitter for TaylorMade, Mizuno and Callaway.

Matt will be offering programs and packages for all ages of golfers. Whether you are a beginner who has never swung a golf clubor a player who wants to compete, Matt has a program that will help you reach your golf goals!